Established in 1992 by a group of concerned Hellenes and Philhellenes, many of them professors at the University of South Florida, the Foundation is a public non-profit educational organization [501.c(3)] with headquarters in Tampa, Florida, that carries out in the United States the work of the International Foundation for Greek Language and Culture (IFGLC).

AFGLC members are convinced that the quality of world leadership tomorrow depends upon the quality of the educational curriculum today. If we want to assure the future a leadership with a firm understanding of the human adventure, of the origins of democracy and the philosophical underpinnings of Western thought, we believe today's education must begin with a study of the Greek experience. Thus AFGLC is dedicated to the preservation and enhancement of Greek culture and language in the curriculum of institutions of higher learning in the Americas, even as its parent organization, IFGLC, pursues the same goals worldwide.

To this end AFGLC aims at establishing Interdisciplinary Centers for Hellenic Studies (ICHS) at selected universities throughout the United States and elsewhere. Each Center consists of five named professorships, endowed in perpetuity, covering all aspects of Hellenic culture, especially as they have impacted modern civilization: Language and Literature, Philosophy, History, Culture (art, archaeology, musicology, or related subjects), and Byzantine History and Orthodox Religion. The ICHS plan is the only one in the United States to bring to a general American audience at secular universities the riches of Greek Orthodoxy. 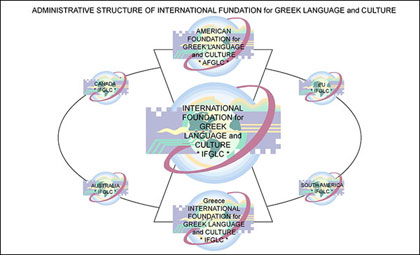